ABSTRACT:
We present our studies on a Bose-Einstein condensate (BEC) trapped in disordered potentials. The interactions between the atoms can be controlled at will thanks to a broad magnetic Feshbach resonance. The disorder is introduced into the system by means of a quasi-periodic lattice generated by superimposing two laser standing waves with incommensurate wavelengths. We study two different regimes. First, the interactions between the particles are tuned to zero. This ”ideal” gas in the bichromatic lattice reproduces the Aubry-Andr´e hamiltonian, which shows a transition between extended and exponentially localized single-particle wavefunction, similar to the Anderson model. We have directly observed the onset of localization by probing the momentum distribution and the absence of diffusion of the non-interacting condensate. In a second experiment, we reintroduce some repulsive interactions into the sample. In particular, we investigate the interplay between disorder and interactions. We observe the transition from incoherent Anderson localized states to fully coherent extended states. For large interactions the effect of the disorder is highly reduced and the system enters the BEC regime. The characterization of this superfluid to insulator transition (SIT) is particularly important. Infact, despite it is present in many different physical systems such as, for example, helium in porous media and high TC superconductors, its complete understanding is still missing.
SLIDESHOW: 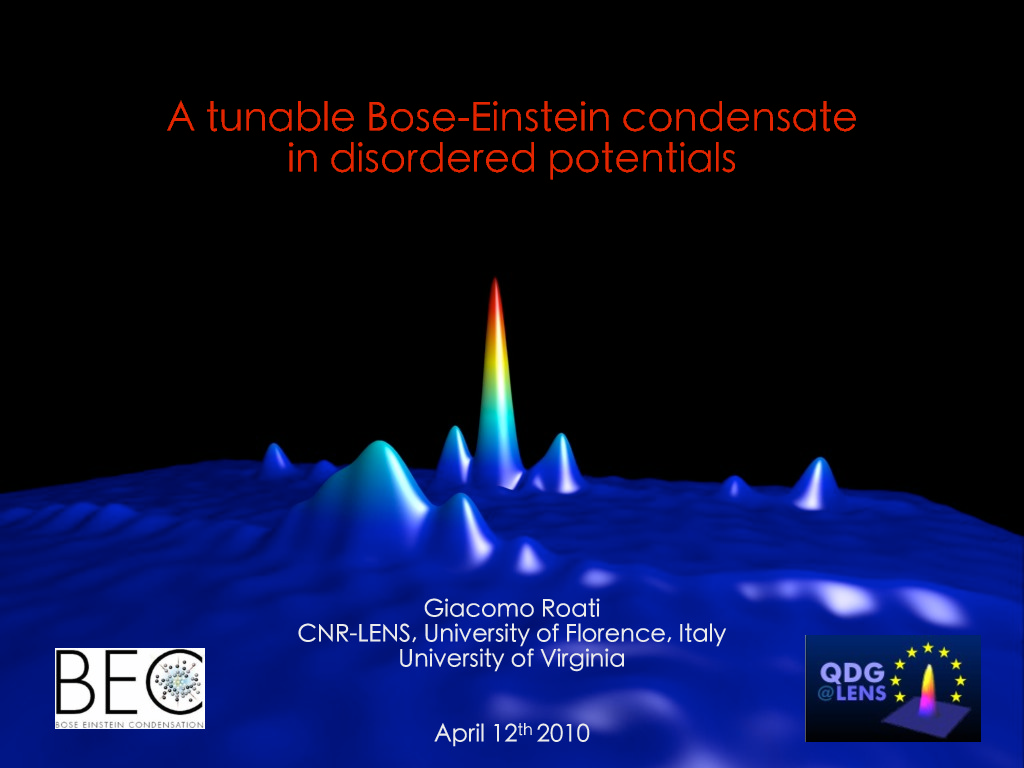