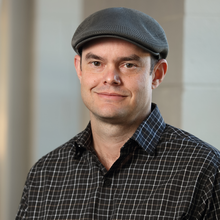 What are the most fundamental pieces of our Universe? What are their properties and how do they interact with each other to form the structure and the phenomena that we observe?

Answering these questions is the goal of experimental particle physics. In this field, large accelerators are used to force particles to collide at extremely high energies. Higher energy particles have a smaller wavelength and can therefore be used to probe smaller distance scales in order to resolve small-scale structure. Also, higher energy collisions make it possible to produce and study the properties of heavier particles in the lab. In addition to high energies, high intensity beams can be used to discover and study ultra rare processes.

Major progress has been made in this field in the last 50 years toward composing a “standard model” (SM) of particle physics. For example, in the SM the particles are allowed to carry mass due to the Higgs mechanism. In this model, masses are generated through the mechanism of spontaneous symmetry breaking of the electroweak force by the Higgs field. In addition to the field, the theory requires a massive particle called the Higgs boson, which was discovered recently, 2012.

Finding evidence for the Higgs boson was a major focus of Professor Group's research. Using the CDF detector at the Fermilab Tevatron collider major improvements to the sensitivity to the Higgs boson has been achieved under Prodessor Group’s leadership. Prof. Group’s research team has made important contributions to the search for a low mass Higgs boson in the ℓνbb final state, the most sensitive search channel at the Tevatron.   The Tevatron was discovered at the LHC.  However, with the complete dataset, the Tevatron experiments reported evidence for a particle reporting that the data is consistent with a Standard Model Higgs boson decaying to the bb final state [1]. Prof. Group served as the convener of the CDF Higgs group during this exciting time where for the first time, signs of the Higgs boson began to emerge in the bb final state at the Tevatron.

Although the Standard Model of particle physics is capable of describing nearly all observed phenomena, there are many questions left to answer. The Higgs boson has been discovered, questions still remain. Theoretical issues prevent the SM from being useful beyond the energy scale of a few TeV without some extension. There is also more direct evidence that the SM of particle physics is not complete. Astronomers observe an unknown source of matter through observations of galaxies and clusters of galaxies that cannot be explained by any known physics phenomena. It is possible that the particles making up this matter could be produced via the collisions of high-energy particles. It is also possible that the effects of the interactions of these particles could cause deviations from the rates expected for SM processes, therefore yielding indirect evidence of their existence.

Undiscovered particles may exist just outside the energy reach of planned collider experiments. In this case, it may be possible to infer their existence by observing processes that occur at a higher rate than that predicted by the SM. Because of the discovery potential, Prof. Group has became involved with R&D efforts for the mu2e experiment, an approved experiment that will search for the conversion of a muon into an electron in the presence of a nucleus. This process is extremely rare in the SM, but many extensions to the SM include charged lepton flavor violating interactions that would force this process to occur at a much higher rate. For example, many supersymmetric theories could provide a candidate for the mysterious dark matter, but also include lepton flavor violating interactions that could lead to a signal in the mu2e experiment. An observation of this reaction would be an absolute sign of physics beyond the SM! The Mu2e experiment will be sensitive to models with energy scales far beyond that which can be produced at colliders like the Tevatron and the LHC.  Prof. Group and his team are currently building a large part of the Mu2e exteriment at UVA.

Prof. Group is also an active member of the NOvA experiment, an experiment designed to study the strange properties of neutrinos, especially the transition of muon neutrinos into electron neutrinos.  Scientists suspect that neutrinos played a major role in the evolution of the universe, contributing to its mass as much as stars and planets, yet many of the properties of neutrinos are yet to be measured. The NOvA experiment began taking data in 2014. Already it has produced many exciting results and will continue to lead the field of neutrino physics well into the 2020s.

Prof. Group also recently joined a proposed experiment to search for Dark Matter: The Light Dark Matter eXperiment, LDMX.  LDMX will use a beam of electrons to indirectly search for a light dark matter with much improved sensitivity compared to current experiments.

Dark matter, neutrinos, muons, and more -- due to the abundant possibility for discovery, these are truly exciting times to be a particle physicist! 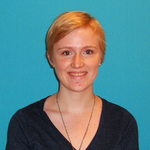 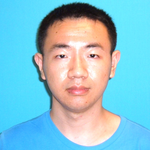 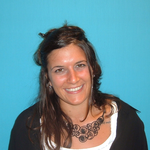 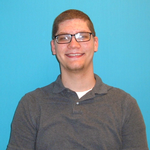 • Craigs' Group Work Highlighted in Cavalier Daily Article
From The Cavalier Daily: University physicists are beginning to make their mark on two multi-million dollar experiments in particle physics by contributing their ......More >
• Craigs' Group Mu2e Work Highlighted in UVAToday
Work by the Dukes and Group group on a major experiment at Fermilab to search for neutrino-less muon to electron conversion is highlighted by UVAToday with a photo spread.  From UVA ......More >
• UVA Physics Shines at VT Conference
On August 13-18 the 20th International Workshop on Neutrinos from Accelerators was held at Virginia Tech.  The ......More >
• Craigs' Group NOvA Homework
From UVA Today: University of Virginia physicists are playing a key role in one of the world’s largest physics experiments, a nearly $300 million project called ......More >
• NOvA shines new light on how neutrinos behave
NOvA issued a press release and announced new results on the disappearance of muon neutrinos at the 38th ......More >
• Group wins 2015 Cory Family Teaching Award
Assistant Professor Craig Group has won the 2015 Cory Family Teaching Award. This is a prize presented ......More >