ABSTRACT:
The fascinating history of photography actually extends back more than one millennium, with pre-modern chemical photography finally catching hold around the 1820s through the pioneering work of Niépce and his subsequent collaboration with Daguerre. Viable silver emulsions were developed shortly thereafter by Talbot and others, but it was not until the 1880's that Eastman introduced prototype, flexible films familiar to modern photographers. At the turn of the last century, Eastman's silver halide films had already revolutionized the art world, opened new doors in optical spectroscopy, and established an entirely new mode of journalism. However, the underlying physical process itself was not understood until the late 1930s, when Mott and Gurney published their theory of latent image formation. Until that point, photographic capabilities were still severely limited because latent images were not stable, and emulsions were still quite slow. J.W. Mitchell established a more comprehensive theory of latent image formation that laid the foundation for improvement. His important contributions defined a turning point in modern film photography, and helped to bring high-performance emulsions to the market, where they have dominated for a half century and are still preferred by many professional photographers today. This talk will provide a visual review of the past century of photography, providing examples of daguerreotypes, cyanotypes, kalotypes, and modern silver halide photographs in the context of their role in science, art, and journalism. I will also present a brief survey of recent developments in digital image capture and discuss my expectations for advances in the near future. This memorial colloquium is given in recognition of the contributions J.W. Mitchell, emeritus Professor of Physics at UVa.
SLIDESHOW: 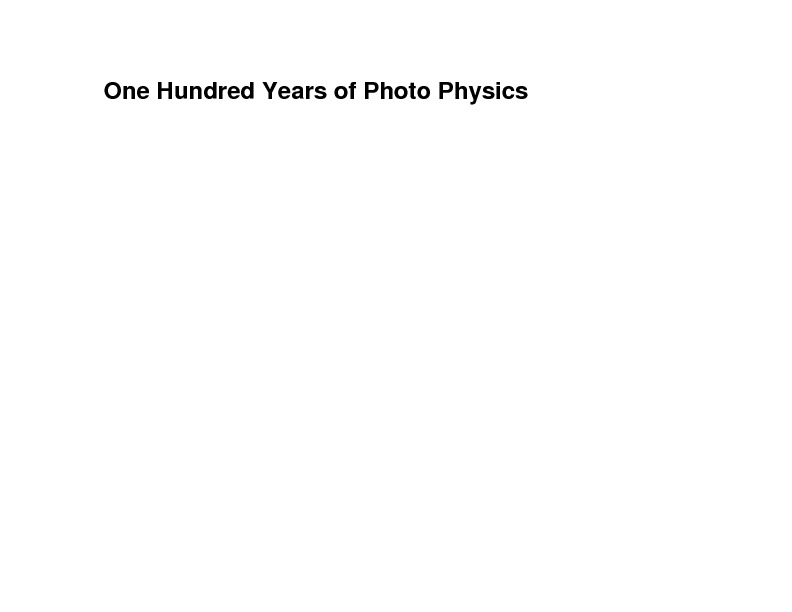