"Interplay of disorder and interactions in two dimensions"

ABSTRACT:
The discovery of the metal-insulator transition (MIT) in two-dimensional electron systems challenged the veracity of one of the most influential conjectures in the physics of disordered electrons, which states that "in two dimensions, there are no true metals"; no matter how weak the disorder, electrons would be trapped and unable to conduct a current. However, that theory did not account for electron-electron interactions. Recently, we have investigated the interplay between interactions and disorder near the MIT using simultaneous measurements of electrical resistivity and magnetoconductance. It turns out that both the resistance and interaction amplitude exhibit a fan-like spread as the MIT is crossed. From these data we have constructed a resistance-interaction flow diagram of the MIT that clearly reveals a quantum critical point that separates the metallic state, stabilized by interactions, from the insulating state, where disorder prevails. The metallic side of this diagram is quantitatively described by the recent renormalization group theory (Punnoose and Finkelstein, Science 310, 289 (2005)) without any fitting parameters.
SLIDESHOW: 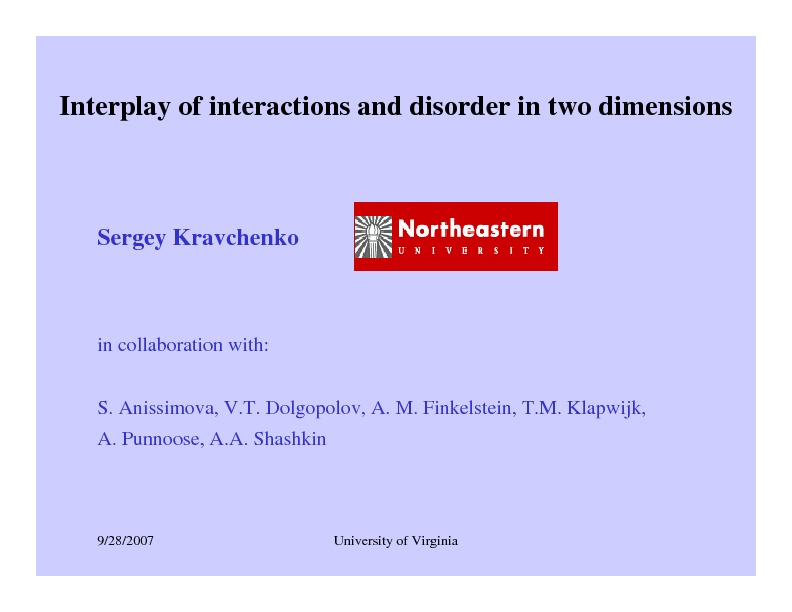