"Neutrinos, and the dark side of the light fermions"

ABSTRACT:
The past decade has been marked by some remarkable discoveries in the neutrino physics: the particles once believed to be massless have turned out to be massive and have shown evidence of lepton family number violation, as well as other interesting phenomena. While this is exciting, the future may hold even more dramatic discoveries, the hints for which begin to appear in astrophysics and cosmology. The observed neutrino masses imply the existence of some yet undiscovered "right-handed" states, which can be very massive and unreachable, but which can also be light enough to constitute the cosmological dark matter and to account for a number of astrophysical phenomena, from supernova asymmetries and the pulsar kicks to the peculiarities in the reionization and formation of the first stars. I will review the recent progress in neutrino physics, as well as the clues that may lead to future discoveries.
SLIDESHOW: 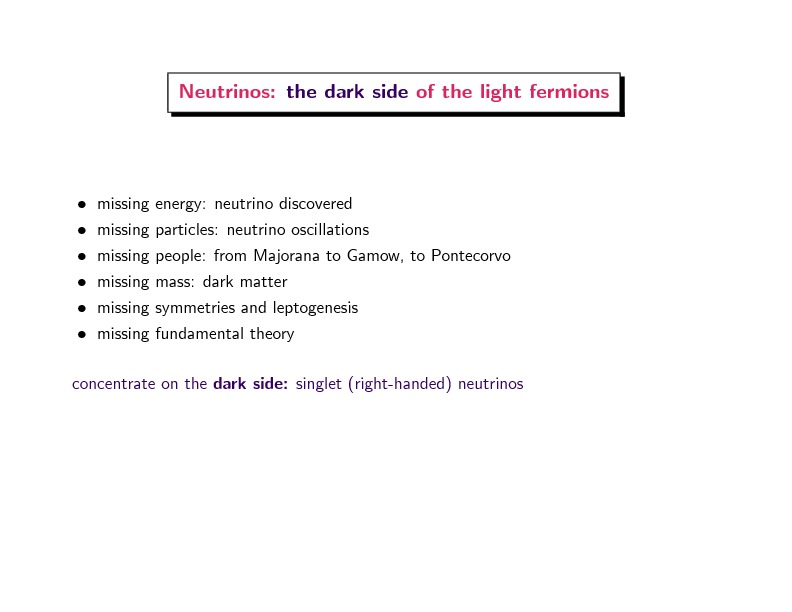