"The Interplay Between the Top Quark and the Higgs Boson: How a discovery from a generation ago can help us understand the latest breakthrough in particle physics"

ABSTRACT:
The recent discovery at the LHC of a new fundamental particle has generated a significant amount of excitement around the globe -- an excitement unmatched in particle physics since the discovery of the top quark in 1995. Given its observed decay channels, its mass and a handful of its properties, indications are that this new particle could be the long-sought Higgs boson, the particle which is purported to be the linchpin in understanding the imposition of mass to the fundamental particles. However much remains to be known -- it could be the Higgs boson predicted by the standard model or it could be something more exotic. Complete characterization of this new particle must be done in order to understand its true nature; its interactions with the top quark will play a vital role in this endeavor. Herein I describe the importance the top quark will play in studies of this new particle, and describe in detail one particularly important channel in the characterization effort: the search for production of the Higgs boson in association with top-quark pairs at CMS.
SLIDESHOW: 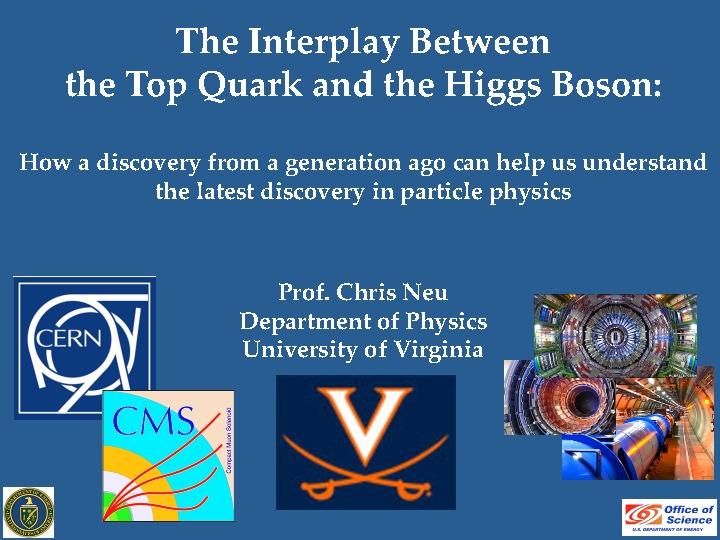