Single-layer of molybdenum disulfide (MoS2) and other transition metal dichalcogenides appear to be promising materials for next generation nanoscale applications (optoelectronic and catalysis), because of their low-dimensionality, intrinsic direct band-gap which typically lies in the visible spectrum, and strikingly large binding energies for excitons and trions. Several experimental groups have already reported novel electronic and transport properties which place these material beyond graphene for device applications. MoS2 is also known to be a leading hydrodesulphurization catalyst. Efforts are underway to further tune these properties through alloying, defects, doping, coupling to a substrate, and formation of bilayer stacks (homo- and hetero-structures).  In this talk I will present results [1-3] which provide a framework for manipulating the functionality of these fascinating materials and take us closer to the goal of rational material design.  My emphasis will be on properties of pure and defect-laden single layer MoS2 with and without underlying support.  I will also provide rationale for the differences in the excitation energetics and ultrafast charge dynamics in single and bilayer (hetero and homo) dichalcogenides. 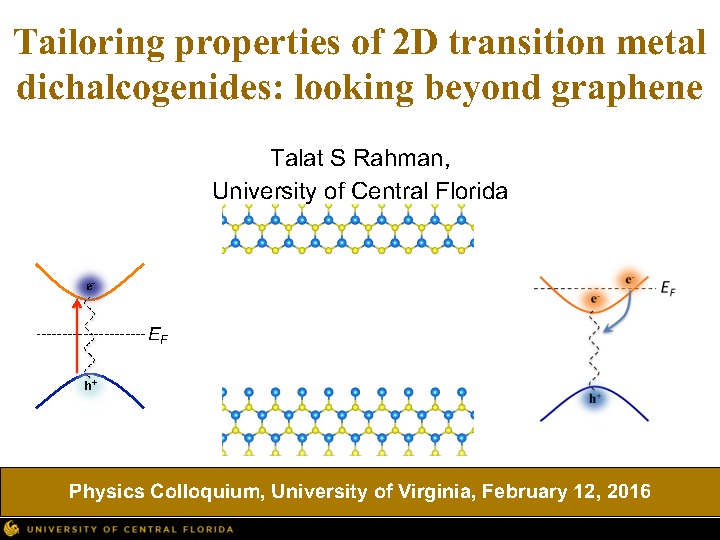