Add to your calendar 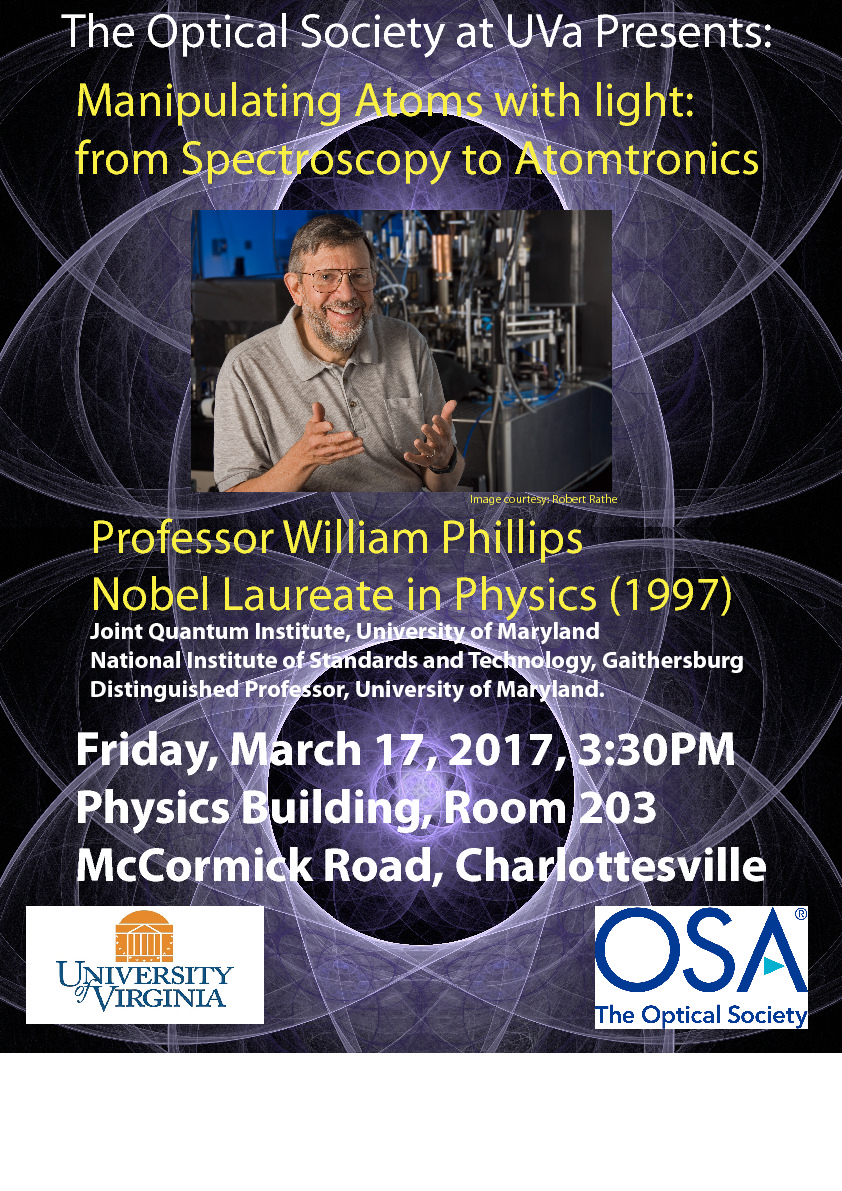 "Manipulating atoms with light: from spectroscopy to atomtronics"

Physicists have used light and its polarization to elucidate the internal state of atoms since the 19th century.  Early in the 20th century, the momentum of light was used to change the center-of-mass motion of atoms.  The latter part of the 20th century brought optical pumping, coherent laser excitation, and laser cooling and trapping as tools to manipulate both the internal and external states of atoms.  Atom optics techniques like diffraction of atoms from light provided the elements needed for atom-wave interferometers.  Bose-Einstein condensation created atomic samples having laser-like deBroglie-wave coherence.   Now, in the 21st century, the circulation of superfluid atoms in ring-shaped structures enables “atomtronic” circuitry—an atomic analog of superconduction electric circuits.  We observe persistent flow of atoms in toroidal traps, and can introduce a weak-link (a kind of Josephson junction) that allows control of the quantized circulation of atoms.