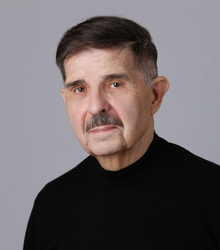 Professor Cox has been involved in many experiments at Brookhaven National Laboratory, Stanford Linear Accelerator Center, Fermi National Accelerator Laboratory and CERN Lab in Geneva, Switzerland, studying electroweak interactions, quantum chromodynamics, heavy flavor production, and time reversal violation in the kaon system. Prof. Cox has acted as scientific spokesman for several of these experiments. He was a professor at Johns Hopkins University and Fermi National Accelerator Laboratory before joining the University of Virginia faculty to found the experimental particle physics group. He held several positions at Fermilab including head of the Proton Laboratory and the Research Services Department and was deputy chair of the Physics Department. During his tenure as Proton Lab head, the b quark was discovered in the Proton Lab.

Prof. Cox has recently been engaged in studies of the very basic structure of matter and the evolution of the universe in the CMS experiment at CERN in Geneva, Switzerland. This experiment will be at the forefront of experimental particle physics for the next decade or two and has recently detected what appears to be the Higgs particle. Prof. Cox acted as one of a four person review committee on CMS charged with the responsibility of verifying that the most important aspect of this discovery was valid. Prof. Cox's future plans are to try to detect supersymmetric particles in the CMS experiment in a search for the origin of dark matter in the universe.

"Observation of a New Boson with mass near 125GeV", CMS Collaboration, submitted to Phys. Letters 716(1).

• Cox, Hirosky, and Neu Receive Research Collaboration Award
Professors Cox, Hirosky, and Neu have been selected to receive a Research Collaboration Award by the University of Virginia Research Achievement Awards committee.  This ......More >
• Cox and Poon Highlighted in UVAToday Story on Dozen Top Science Discoveries
Brad Cox's work on the discovery of the Higgs boson and Joe Poon's work on amorphous "super steel" is celebrated in a UVAToday story on UVA's top twelve notable ......More >
• Cox Named 2016 AAAS Fellow
Brad Cox's election as AAAS Fellow is celebrated in UVAToday.  From ......More >
• Cox and Hawley Named U.Va.âs 2014 Distinguished Scientists
From UVa Today: Two of the University of ......More >
• Brad Cox Named Outstanding Virginia Scientist
On January 15, 2014, UVaToday reported:"In recognition of Cox's contributions to the search for and discovery of the Higgs, Virginia Gov. Terry McAuliffe and the Science Museum of Virginia ......More >
• U.Va. Physicists Celebrate Their Role in Nobel-Winning Higgs Discovery
From UVa Today:"The Royal Swedish Academy of Sciences on Tuesday awarded the Nobel Prize in Physics to theorists Peter Higgs and Francois Englert to recognize their work in developing the ......More >
• UVa's Higgs Effort Highlighted in Press
From UVa Today:"We've had an observation that very likely is the Higgs," said University of Virginia physicist Brad Cox in the College of Arts & Sciences, who has been involved with the Higgs ......More >
• Cox Highlighted in Virginia Magazine
Brad Cox comments upon the LHC's search for the Higgs boson. For more: http://uvamagazine.org/university_digest/article/picking_up_the_subatomic_pieces ...More >
• UVa CMS Team Highlighted for Higgs Search
From The Daily Progress:A team of scientists that includes a group from the University of Virginia may have seen a glimpse of a subatomic particle that, in theory, is the key to holding ......More >

Jesse W. Beams Award [2014]
Discovery of the Higgs particle named one of the 12 most important research results of the past 50 years at the University of Virginia. [2014]
American Physical Society Publication Board Member (Chair 2014) [2010 -2014 ]
Named Adjunct Professor Shandong University, China [1987]
APS Fellow [1985]
For his pioneering contributions to the study of direct photon production from the interactions of quarks and gluons, and for his role in detector development and managing physics research at Fermilab
james B. James B. Duke Fellow, Duke University [1963-65]
Hamilton Award Outstanding Graduating Senior [1963]