The nature of dark matter is one of the most longstanding and puzzling questions in physics. With cosmological measurements we have been able to measure its abundance with great precision. Yet, what dark matter is composed of remains a mystery.

In 2016 the first ever observation of gravitational waves from the coalescence event of two black holes was achieved by the LIGO interferometers.

Together with my collaborators we recently advocated that the interactions of 30 solar masses primordial black holes composing the dark matter could explain this event.

This opens up a new window in indirect searches for dark matter.

In my talk, I will discuss the various probes to distinguish between these mergers of primordial black holes, from the more traditional astrophysical black hole binaries.

One is through their mass spectrum, another is through cross-correlation of gravitational events with future overlapping galaxy catalogs. A third, is through their contribution to the stochastic gravitational wave background. Finally a fourth probe uses the fact that primordial black black holes form binaries with highly eccentric orbits. Those will then merge on timescales that in some cases are years, days or even minutes, retaining some eccentricity in the last seconds before the merger, which can be detected by LIGO and future ground based interferometers. 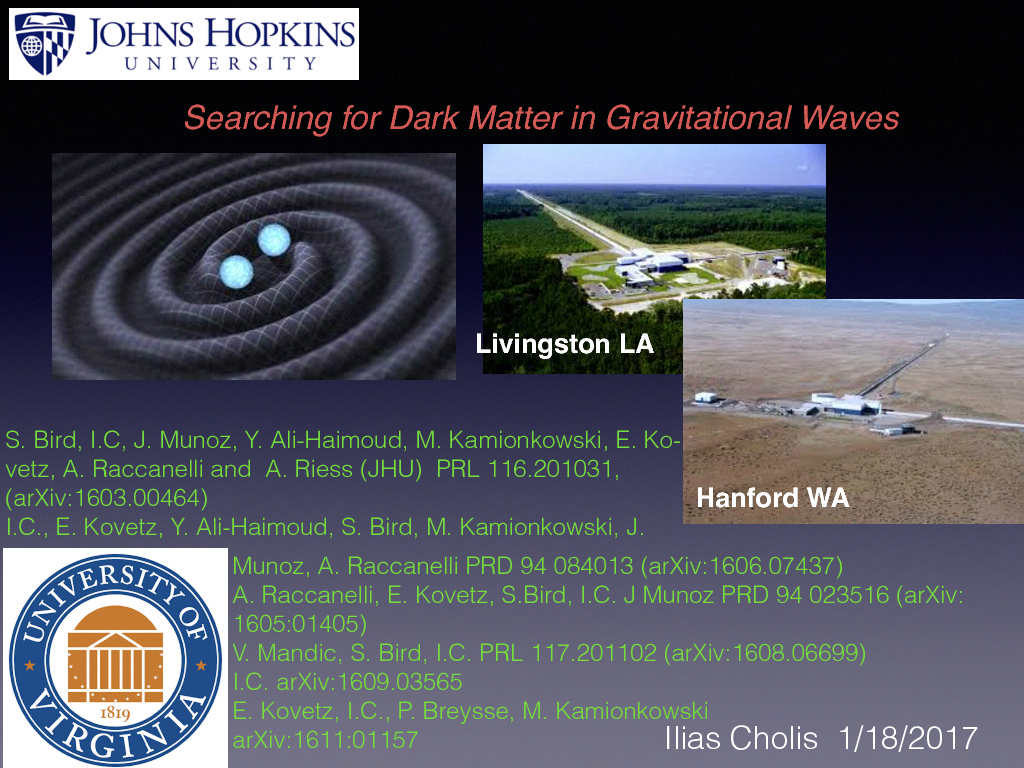