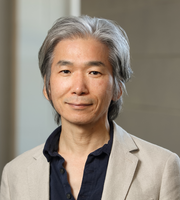 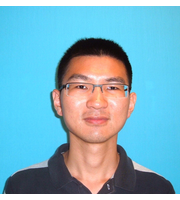 When sunlight shines on a semiconducting material, electrons in the material can be excited from their original states to higher energy states, forming photo-excited electrons and leaving empty states (called holes) in the original states. Usually the excited electrons and holes (charge carriers) quickly meet and annihilate each other. However if they survive long enough to be collected in an external circuit, then they can produce electricity: solar energy is transformed to electricity. Hybrid organic-inorganic perovskites (HOIPs) are among the most promising materials for next generation solar cells that combine high efficiency and low-cost. It has been shown that long lifetime of the charge carriers is what makes hybrid organic-inorganic perovskites high performance photovoltaic materials. The microscopic mechanism for the long lifetime however has been controversial. This work shows, by using a combination of optoelectronic property measurements and neutron scattering techniques, that the screening of charge carriers by rotation of organic cation molecules is a major contribution to the prolonged carrier lifetime. Thus, searching for hybrid organic-inorganic perovskites with high rotational entropy over a wide range of temperature may be a key to achieve superior solar cell performance.

For a Powerpoint slide with graphics, see

For the Proceedings of the National Academy of Sciences paper, see