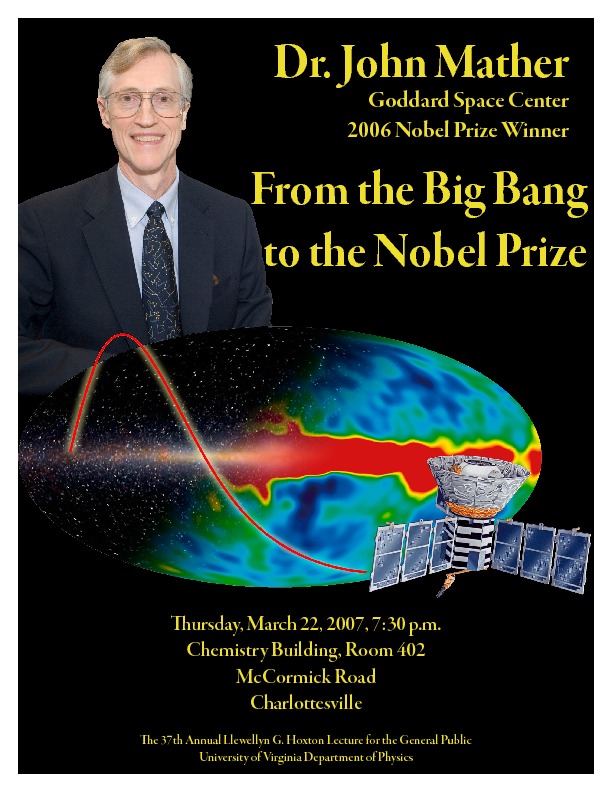 "From the Big Bang to the Nobel Prize and Beyond"

The Cosmic Background Explorer (COBE) satellite, proposed in 1974 and launched by NASA in 1989, measured the cosmic microwave and infrared background radiation from the Big Bang and everything that happened later. The COBE team made three key measurements: the spectrum of the cosmic microwave background radiation (CMBR) matches a blackbody within 50 ppm (rms), the CMBR is anisotropic, with 10 ppm variations on a 7o angular scale, and the cosmic infrared background from previously unknown objects is as bright as all the known classes of galaxies. The first measurement confirmed the Hot Big Bang theory with unprecedented accuracy, the second is interpreted as representing quantum mechanical fluctuations in the primordial soup and the seeds of cosmic structure and the basis for the existence of galaxies, and the third is still not fully understood. I will describe the project history, the team members, the hardware and data processing, the major results, and their implications for science, and end with the outlook for future progress with new background measurements and large telescopes such as the James Webb Space Telescope. I will show recent progress on building the JWST, with illustrations of the key technologies. 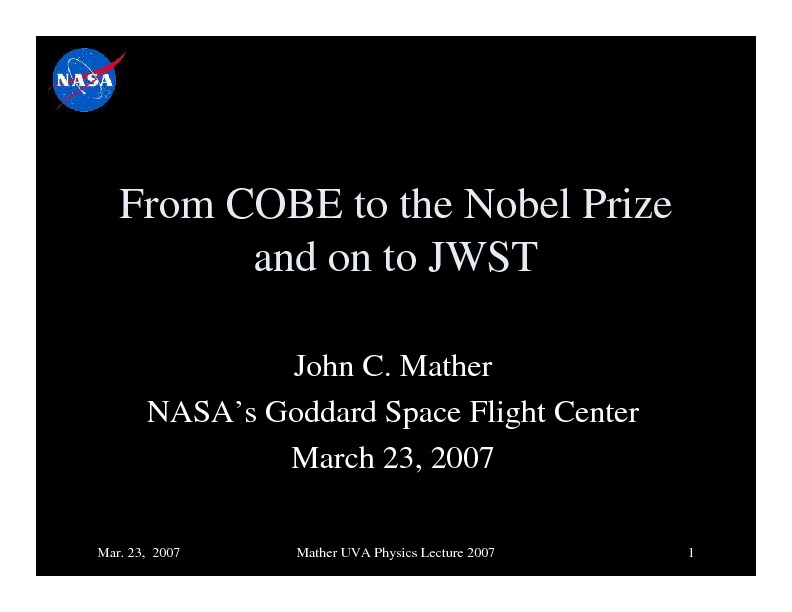